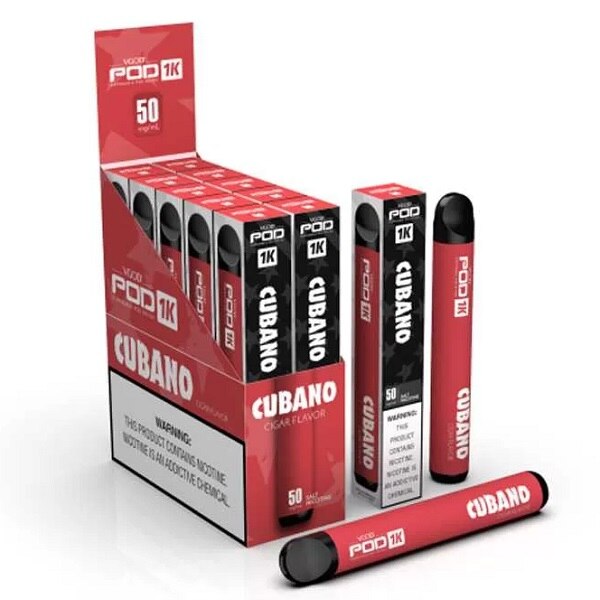 I was hesitant to buy a vape, since I was used to tobacco. But I became concerned about my health, so I decided to try an e-cigarette, decided that if I didn't like it, I would just throw it away after using it. But in the end I bought VGOD Pod for the fourth time in a month and I've never bought a pack of tobacco cigarettes in that time. It really helps me to wean myself off tobacco smoke. I have only tried this flavor so far, I'm thinking of ordering something fruity, I've read reviews, they say they leave a nice aftertaste. Cubano is already a little tired of the taste

I can say that the taste is nothing special, I have already tried Cubano at stig, the standard tart male flavor. But the coating material of the device itself is something like a soft-touch, it is comfortable in the hand, it does not slip.

Thanks to the store for the fast delivery, I've been ordering here for a couple of months now. The service is always top notch. Tried many manufacturers and different flavors of disposable cigarettes. But I want to note this flavor, it is something like tobacco, but not so bad on the taste. Just the right flavor!